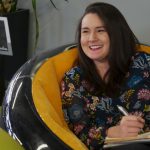 Corporate social responsibility is the idea of brands voluntarily including environmental, social, and economic criteria in their regulations. In recent years, CSR has become something of a buzzword, something that businesses can highlight to relate to their consumers. However, more and more companies are finding that CSR is not simply another marketing tactic, but a valuable company resource that drives real growth. At Virid, we've baked CSR into the core of everything we do, as evidenced by this story from the Virid team.

Earlier this year, Ivan Silva, Partner Manager at Virid, noticed a lack of community presence in the organization. Our company has always been known for education and client support, so he decided to share that message with the surrounding area. He wanted to educate people who may not have exposure to the principles of eCommerce and found the perfect audience- high school students at the Boys and Girls Club in Manassas. Ivan himself had a non-traditional path into eCommerce- he attended art school, then the military, then a traditional university before receiving his MBA while working at Virid after finding the company by chance. He felt the only way students would be comfortable entering into the eCommerce industry would be through early exposure.

Silva's passion for eCommerce and his desire to teach led to his starting the Virid partner program with the Boys and Girls Club in February 2018. Each week he presents a new lesson from the curriculum he developed, and uses hands-on activities to help the students learn. Silva says, "The students that are engaged...it's pretty amazing. Some of them are at risk. They don't have anyone willing to slow down enough to teach them. Being able to relate to them is cool."

Each week, about 10-15 students join Silva for a lesson and activity at the Boys and Girls Club campus. So far, the results have been rewarding. "I like the interaction, the fact that it's free form, it's having fun and sharing what I enjoy most out of this industry," says Silva.

The summer session will continue the second week of July, and Silva is excited for more Virid team members to join in on the lessons. For more information on the Boys and Girls Club, check out their website.

For CSR to be built into a company's culture, it needs to be driven by the employees. When employees understand the company mission, they are able to reach new creative heights. They elevate their team to learn more and achieve more, both in their office and in the community around them. By supporting social action and encouraging employees, the organization's leadership opens up opportunities for happier and more engaged employees.

How does your brand support CSR? Let us know on social media on Twitter, LinkedIn, and Facebook!

Your eCommerce success means everything to us. And we put everything into it: More than 200,000 combined hours of eCommerce experience. Award-winning expertise. The ability to create solutions you can’t get anywhere else. Passion. Commitment. And an obsession with always doing what’s right.